Business the Way it Should Be 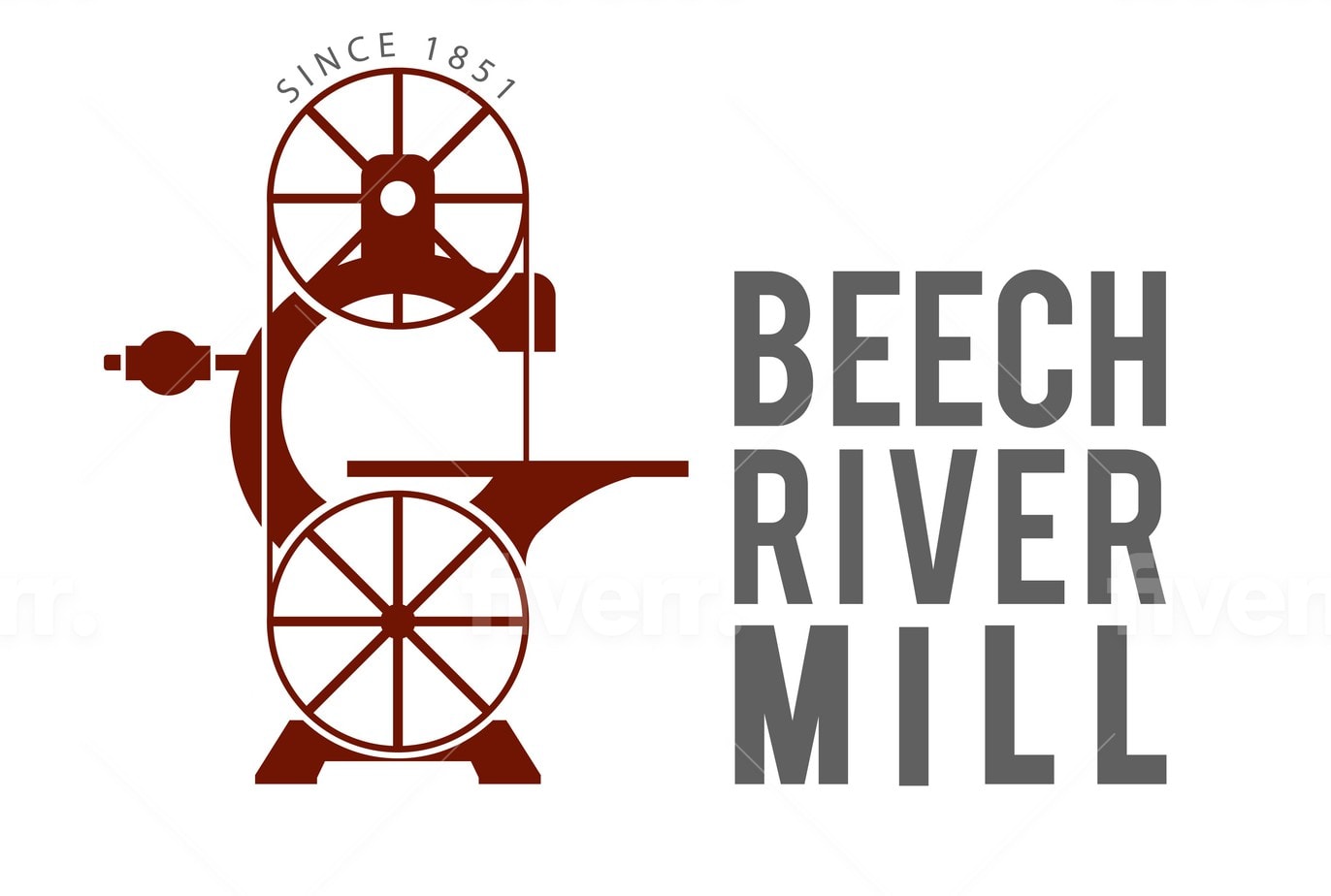 Built on Tradition, Grounded in Craftsmanship, Engineering for Tomorrow Since 1851 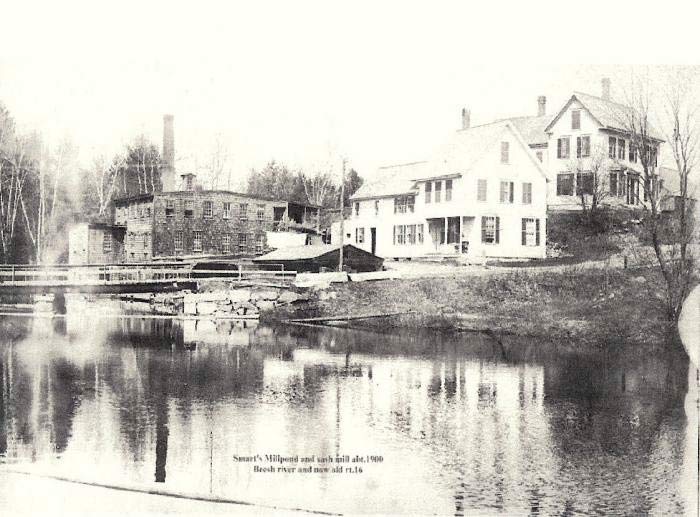 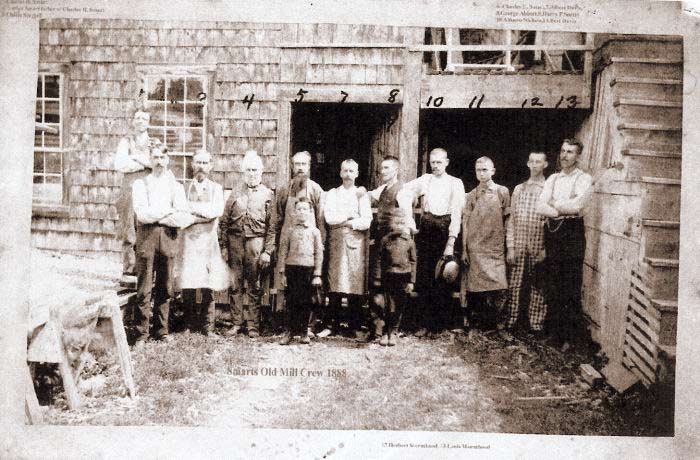 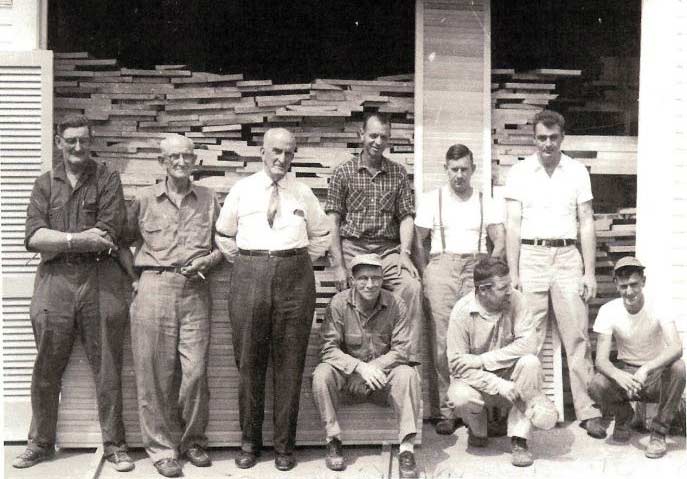 About Beech River Mill – Our History

The Beech River Mill, located in the historic Smarts’ Mill, in Center Ossipee, New Hampshire was built in the mid-1800’s. Since the turn of the century, blinds, shutters, and doors have been made on the Victorian-era shutter-making machinery – much of which we still use today.

When the Smart family ran the mill, they made more than 90 types of louvered and paneled items. Roller blinds had moveable slats and were used primarily on the interior of windows. Blinds for the trains of the Pullman Company had either three mahogany panels or poplar slats in cherry frames. Exterior shutters were made with either fixed or moveable slats, which may have been combined with flat or raised panel on the top. Often, these panels had cutout decorations – a pine tree, an animal, the initial of the family’s surname. There are more than 100 such decorative patterns in the shop today. Other items included decorative blinds for churches and variously shaped vents for houses, During World War II, the U.S. Army purchased these vents from the mill for their barracks all over the world.

In most cases, the products of the mill were made from California sugar pines, which was shipped by train right into the village of Center Ossipee. During busy production periods, the Smarts used one train-car load of wood every two weeks.

In 1964, the Smarts retired and sold the mill. The mill sat idle from 1964-1982. In 1982 it was re-established as the premier custom shutter manufacturer in the United States. The current proprietors the Ouellette’s hope to continue the Smart family’s legacy of outstanding customer service and fine craftsmanship at a fair price. Although the name of the business has changed, the Smarts’ tradition of quality workmanship continues today in this family-run business. 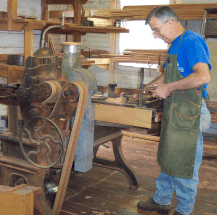 Beech River Mill features a fascinating variety of water-powered equipment for shutter making. During a visit to the Smithsonian Institute, we were delighted to stumble upon a step mortiser identical to ours. These machines are fine examples of Victorian art and engineering and remain in working order, The machine pictured is the double-slot mortiser, which made the slots into which the louvers fit. 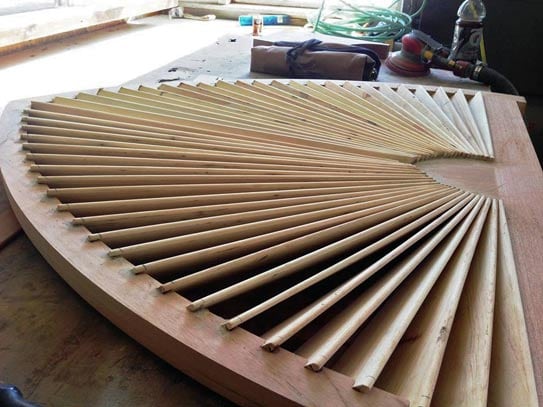 When contacting the folks at Beech River Mill, please know that you are calling upon a 160 year old, family-owned mill work shop with the credentials to get the job done right. We are not fancy, we are not fast, but we are hands down the best at what we do. Nothing leaves our shop that wouldn’t be worthy of our own homes. In most cases our staff are second or third generation craftsmen with decades of experience. Our products are consistently in demand for just that reason. Our primary focus is on high quality products and 100% customer satisfaction. Our honest, straight-forward approach of doing business delivering top quality American-made products sets the benchmark for all others to follow in the millwork industry.